In her book (1), Isabelle Delannoy, lays the foundation of an economic approach, both new and recently tested. In so doing, she asserts an obvious fact: it is possible to fully integrate the economy into an environmental model without disrupting it 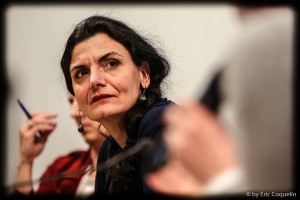 Are the business models and operations inherited from the industrial revolution outdated?

All these models are obsolete. The planet has experienced more change in the past few decades than since the beginning of humanity. Science cannot predict the scale of a future climate meltdown that might cause the planet to function in a completely different way. The extractive economy has been in place for approximately 5000 years, but its impact has been multiplied by the advent of fossil fuels. From an economic point of view, the concentrations of power and wealth are such that the financial flows barely trickle down to the real economy. They have gotten a hold on our democracies and jeopardize them. I became interested in models that can regenerate economic and social systems and, consequently, have less of an ecological impact. New constructs have emerged in isolation; it is therefore a matter of putting them together. They range from ecological engineering to governance by way of permaculture and industrial ecology and are incredibly logical and coherent. 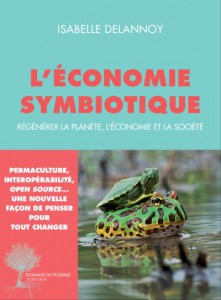 You demonstrate how nature regenerates its resources but note that human beings do the opposite. Are humans not « programmed » to live in nature?
Humans, like all living creatures, are an integral part of the planet: we are all made up of the same molecules. If anything goes wrong for the planet, it will go wrong for humans as well. The increased prevalence of environmentally-induced cancer and exhaustion illustrate our shared destiny. My work and this book have significantly changed my vision of human beings. They are part of nature but differentiate themselves through their organizational skills and ability to conceptualize. There are capable of recognizing the particularities of other species through their analytical capabilities. If there is still a chance to act against the climate meltdown and the collapse of the house of cards that is biodiversity – which is not certain – these qualities could make a difference. Humans are capable of inventing a network that connects intelligence thanks to technology called the Internet. The Internet has made possible a new structure that does away with the pyramidal structure of our societies by simply taking nature as a model.

Imagine that humans decide to set up, through the Internet, a societal system that regenerates and restores our territories. They are fully capable of doing so, it is just a matter of choosing to do so.

Is it not utopian to think that the symbiosis of the economy is the answer to every evil?

The environmental crisis is clearly linked to the uncontrolled and exponential extraction of resources. The symbiotic system shows that we can restore ecosystems by producing wealth.
Synergy with nature is established, thereby leading to productivity that neither ecosystems nor human beings have on their own.
For example, plant-based sewage treatment systems are very effective. They are integrated into the city, become parks for inhabitants, create social contact and allow for the return of biodiversity. It has been shown that wetlands are the most productive areas on earth.
So imagine this type of a interconnectedness across the whole world that takes into account local specificities. The system is less expensive, restores natural balances and creates new economic and local sectors. There are examples in Egypt and in Senegal. In fact, all inhabited areas generate waste water, which enables these ecosystems. It is essential that these systems are disseminated everywhere. This will help with carbon uptake and the restoration of core functions that underpin planetary equilibrium, an issue that is not frequently raised even by the Intergovernmental Panel on Climate Change. Nature itself offers its « expertise” to anyone who cares to pay heed and there are a great many examples:
Bees are more effective pollinators than drones and are less expensive. Sepp Holzer (3) a well-known expert and visionary in permaculture and landscape healing, is able to transform a semi-arid climate into a Mediterranean climate. Many examples are cropping up, demonstrating that human beings can create oases and regenerate territories.
The only obstacle to this reconversion is our perception

From the social and economic points of view, the extractive civilization needs poor area where extraction and transformation can be done at low cost yet rich places to absorb what is produced. The pattern is always the same: consume and throw away to keep the engine running. This discrepancy in development ultimately generates economic and social crises.
In an economy of networked collaboration, degrees of development even out in order to share goods and services, for instance ecosystems such as industrial ecology or economies of access such as the Mobility car-sharing scheme in Geneva. These local companies can benefit from all the value added of a product or service because they work together and their differences lead to complementarity. The symbiotic economy shows that all these new economic and productive models structure themselves in the same way, span the whole economy and are complementary to each other.
It is hard to know if it offers a definitive answer to all the evils of the world. But it is an immediate response: these models have developed over the past 50 years and are mature. Although they emerged in an uncoordinated manner, there is incredible coherence between them, so imagine if synergy was developed among them!

Have you managed to persuade governments and political leaders?

International recognition would certainly help to promote this model. Even scientists agree: it is almost too late. The upcoming summit (https: // globalclimateactionsummit.org) to be held in San Francisco next September sets 2020 as the deadline.

Patricia Scotland, the Secretary General of the Commonwealth, wants to build the One Earth programme and we helped her by bringing together all the network heads of this new economy. Ever since my book came out, local actors have been contacting us. The Gironde department in France, for example, is embarking on a process of symbiotic governance. This positive response needs to be translated into resources for setting up programmes.
The UN has set the tone through the Sustainable Development Goals (SDGs). Is it at all compatible with your approach?

Indeed, the SDGs are a goal and the symbiotic economy is a means of achieving them. They are fully compatible with regard to everygoal! If, with the help of organizations, we start to re-imagine cities – bearing in mind that half of the world’s population is urban – a metamorphosis that would mobilize the various actors, i.e. residents, businesses and services, could take place quickly.The UN’s expertise in this domain, its presence in the field and its international support would be valuable, possibly even pivotal.

1.L ‘économie symbiotique -French Publisher Actes Sud (the book will come out in the United States in September, 2018) – Note: the book is top seller in the economic sector in France.
2.Lynn Marguilis et Dorain Sagan « marvellous Microbes », The earth is all the Home we have
3. Désert ou Paradis? – French Publisher Colibris

Comments have been disabled

designed by by Atelier Schnegg.